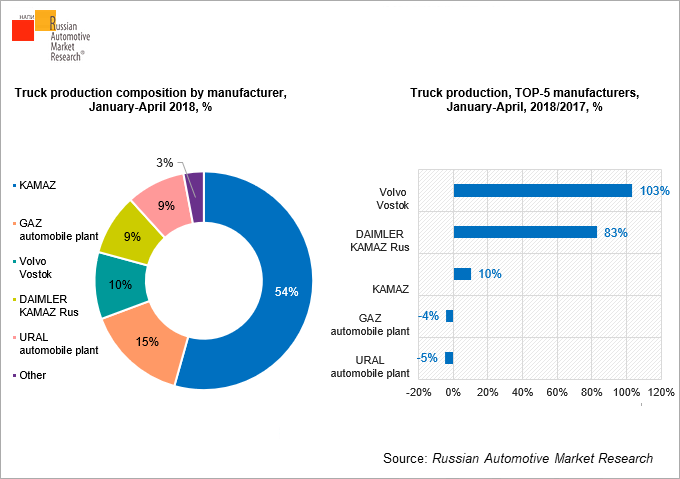 In January-April 2018 truck production in Russia amounted to 19.8 thousand vehicles, which was a 10% rise on the same period of 2017. The TOP-5 manufacturers – KAMAZ, GAZ, Volvo Vostok, Daimler-Kamaz Rus, URAL - accounted for 97% of truck production, at that KAMAZ manufactured over 50% of all trucks produced during the period under consideration.

Volvo Vostok and Daimler-Kamaz Rus production grew by 103% and 83% correspondingly on the same period of 2017. Production of Russian brands showed a different result: KAMAZ increased production by 10%, whereas production of GAZ and URAL, on the contrary declined – by 4% and 5% respectively.